Your gift makes a difference.

Every dollar raised by the Camosun College Foundation is aimed at our commitment to inspire life-changing learning. Your gift will support student success by recognizing excellence, providing much needed financial support, ensuring access to the latest technology, or helping create the finest learning facilities. 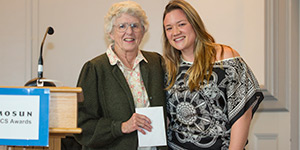 Awards based on merit encourage students to pursue their academic and career dreams by celebrating academic success. For many of our students, it is this recognition that gives them the confidence they need to go even further than they imagined possible. You can create an award with an annual gift or by creating an endowment that will provide the award each year in perpetuity. 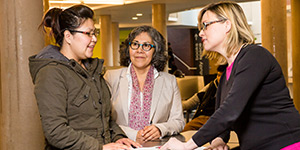 The costs of getting a post-secondary education have steadily increased over the past several years. Most students work at least part-time while they pursue their studies, but will still graduate with debt. Some students simply find it impossible to make ends meet and are forced to abandon their dreams. Bursaries provide much needed financial aid to students. You can set up a bursary with an annual gift or by creating an endowment that will provide a bursary each year in perpetuity. 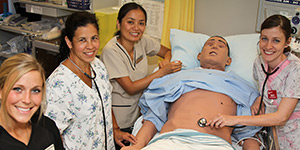 Equipping shops, classrooms and labs with the up-to-date technology

Change in technology is prevalent in every field of study. Our students must be able to work with the latest equipment, whether they are becoming automotive technicians or nursing aids. You can support student success by contributing cash gifts to support equipment purchases or by donating needed equipment directly to specific program areas. 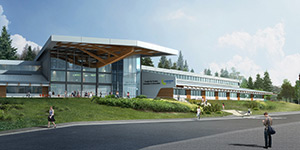 Camosun's new Centre for Trades Education and Innovation building at Interurban campus is complete and programs have moved in. Work is continuing on the next phase of the project – renewal of the Jack White and John Drysdale buildings.

You have helped our students succeed

"I was drawn to complete Indigenous Studies to gain the time and space to explore my own identity and presence as an Indigenous person in Canada."

Finding her footing and a new love/new life After being out of school for nearly 30 years, Christine La Vallee (Kahkewistahaw First Nation) decided she wanted to be on an equal footing with mainstream society. "I thought it would be better if I at least had Grade 12," she says. Little did she know that upgrading would give her far more than just a high school certificate. Christine started her return to school upgrading at the Victoria Native Friendship Centre in 2008, then moved on campus and into an English literature class in 2009. "It was a life-changing event," she says. "I felt successful and I felt that I understood the works and that I wanted to do more. I found I loved literature and I'm still loving it."

“I was drawn to complete Indigenous Studies to gain the time and space to explore my own identity and presence as an Indigenous person in Canada. Then, having been accepted into the Associate of Arts Degree in English in 2012, I began to grasp the significance and the challenges of our common language. These two distinct programs have each informed every manner of my being and have made me constantly aware of not only the differences between the two but, more importantly, of their commonalities.”

Christine finished her Associate Degree of Arts in English in 2016, and is now looking to transfer to the University of Victoria to continue studies in literary theory and eventually to teach. In the meantime, we are pleased to have Christine employed as a secretary at IECC with Camosun.

"I always knew, even as a younger person I was always aware of those in our society who, for whatever reason seemed to just have things harder than the rest of us."

"I always knew, even as a younger person I was always aware of those in our society who, for whatever reason seemed to just have things harder than the rest of us. Whether related to poverty, addiction, prejudice, mental illness or some other hurdle that they had to overcome. Then as a teen I experienced ageism. I was seen as somehow less than equal because I was a teenager, I decided during those few years that I wanted to work with youth, preferably youth at risk.

Life went by, I was married, had children and then divorced and all through those years I hung onto the dream of one day working in the field of human services. I discovered the CYC program at UVic but the idea of university totally intimidated me. So I investigated college level programs because they offered smaller classrooms with a better student to teacher ratio. The fees were also lower.

Going through the Community, Family & Child Studies program was a very personal experience for me. I not only learned what I needed to learn to be a solid human services worker, but it also showed me that working with "at risk youth" was clearly the area I wanted to work in. One unexpected gift I received was the friendliness and respect from my peers. I also received a huge honour of being given the Rena Hayes award. Needless to say I walked away from Camosun College with very high self-esteem.

I now work part-time as a youth worker at Burnside/Gorge Community Center. I have begun designing a program related to G.L.T.B Youth (Gay, Lesbian, Transsexual or Bi-sexual) and the unique challenges they face. Ultimately, I would like to see it come to fruition.

The future looks bright and promising for me, and now that I have the necessary tools I can face it head on with confidence and positivity."

The Camosun College Foundation is a registered charitable organization under the Income Tax Act and is governed by a volunteer Board of Directors.
Charitable Business #11882 6502 RR0001